To share your memory on the wall of Papa Jerry, sign in using one of the following options:

Provide comfort for the family of Papa Jerry with a meaningful gesture of sympathy.

After high school Jerry had joined the US Army in June of 1958. While in the Army he had received the Sharpshooter award and his term ended in December of 1958. After his term Jerry went to work for the Burlington Northern Railroad for 35 years. In 2002 Gerald married the love of his life, Debra Thompson on June 23 in Elko, Nevada. They had lived together in Westcliff, Colorado until Jerry just recently moved back here on September 2019 to be closer to his family.

Gerald enjoyed listening to music and had a passion for riding his motorcycle. He was the founding father of the Hombres Motorcycle Club established in 1994 in Washington.

Gerald is survived by his wife Debra Thompson of Westcliff, Colorado, by his children Ty Thompson of Aberdeen, WA, Julie Cramer of Hoquiam, WA, Beth Tryon of Belfair, and by his sister Janice Thompson-Richard of Florida. Also, by 10 grandchildren and 10 great grandchildren. He is preceded in death by his parents Harry and Goldie Thompson and by his brother Jae Thompson.

To send flowers to the family or plant a tree in memory of Papa Jerry, please visit our Heartfelt Sympathies Store.

There are no events scheduled. You can still show your support by sending flowers directly to the family, or planting a memorial tree in memory of Papa Jerry.
Visit the Heartfelt Sympathies Store

The insignias listed here may be subject to copyright and / or trademarked. Those copyrights and trademarks are owned by the respective organizations.

We encourage you to share your most beloved memories of Papa Jerry here, so that the family and other loved ones can always see it. You can upload cherished photographs, or share your favorite stories, and can even comment on those shared by others. 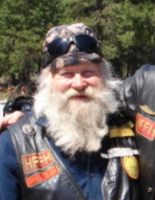 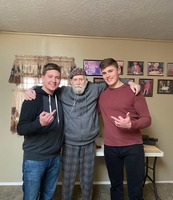