To share your memory on the wall of Francis Beeman, sign in using one of the following options:

The gesture that can change the world

He was born March 4, 1922 on a houseboat b... Read More
Francis Edward “Ton” Beeman, 98, and a longtime Grays Harbor resident, passed away of complications od pneumonia on Sunday, March 15, 2020 at Grays Harbor Community Hospital in Aberdeen, WA.

He was born March 4, 1922 on a houseboat by a midwife in Seattle, WA. to John Francis and Flossie Ann (Wrenchey) Beeman.

He was raised in Montesano and Aberdeen and graduated Weatherwax Senior High School in 1940. He worked for ACME Door until WWII came and enlisted in the Navy. In 1946 he reenlisted in the Koren War and was honorably discharged in 1952.

“Ton” met and married Yolanda Campopiano in New York. She passed away in 1998. In 2000 “Ton” married Martha (Hennie) Powell Puljan.

He worked many years as a TV Repairman for Sam B. Smith. He also coached Little League.

He loved gardening, hunting, fishing, telling his many stories about his time in the Navy and his life growing up. He loved music and singing and even did karaoke at the Elks.

He was a 19-year member of the Aberdeen Elks, the L.O.E. and was a lifetime member of V.F.W.

He was preceded in death by his parents, his 1st wife Yolanda, his brother Don Beeman, and his sister Margaret June Eadie.

A celebration of life will be held at a later date. Donations may be made to the Elks or Amazing Grace Church for donations.

To send flowers to the family or plant a tree in memory of Francis Edward Beeman, please visit our Heartfelt Sympathies Store.

There are no events scheduled. You can still show your support by sending flowers directly to the family, or planting a memorial tree in memory of Francis Edward Beeman.
Visit the Heartfelt Sympathies Store

The insignias listed here may be subject to copyright and / or trademarked. Those copyrights and trademarks are owned by the respective organizations.

We encourage you to share your most beloved memories of Francis here, so that the family and other loved ones can always see it. You can upload cherished photographs, or share your favorite stories, and can even comment on those shared by others.

Posted Mar 19, 2020 at 05:02pm
I have known Frank for over 57 years, he worked with my father at Sam B. Smith's TV and later at my father's store , Comery's Electronic Center. I enjoyed every minute chatting with Frank. His memories of the Aberdeen of the old, and his time in the Navy during WW2 , kept me entertained while we jointly delivered or picked up TVs for service or new ones going into someones home. He was a familiar face in the crowd when I played baseball and football in Aberdeen in the 60's and 70's. Somewhat a cliche' but he was like a second father. Most of all I admired what a kind man he was, with a great sense of humor. My condolences to the family.
Comment Share
Share via:

Posted Mar 19, 2020 at 06:17am
Frank graduated with my mother & they were friends. Many years later, I worked with him at Sam B. Smith's TV & Trailer shop. He was a great guy. Dave Eaton.
Comment Share
Share via: 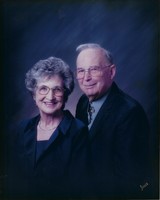